The BYD Atto 3 Is Coming To India On October 11

China-based EV giant  BYD (Build Your Dreams) began its India innings with the e6 electric MPV back in November 2021. After recently opening it up to private buyers, BYD has confirmed that they’ll be bringing in its second EV offering for India, the Atto 3 electric SUV on October 11. 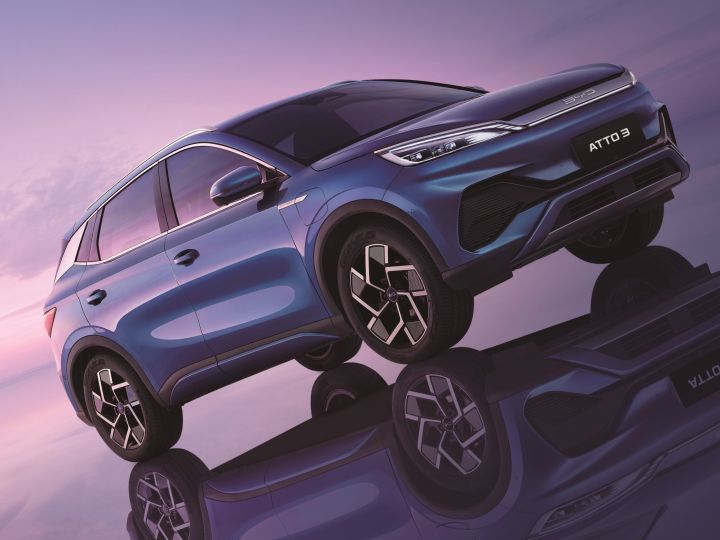 So what can we expect from the Atto 3 electric SUV? Well for starters, it is a five-seater offering that is almost as long as the Hyundai Alcazar at 4.45 metres. What catches our eye is the sleek single-slat chrome grille that blends in well with the LED headlights. It looks fairly muscular with strong edges and creases all over the exterior. Swanky alloy wheels and connected LED tail lamps round off the exterior. If the model sold abroad is anything to go by, we’re set for a fairly loaded electric SUV. Notable features include a rotating 12.8-inch touchscreen infotainment system, a panoramic sunroof, powered front seats as well as ADAS safety assists. The main talking point is under the hood, with the Atto 3 getting a 200PS electric motor powering the front wheels. This is enough to give it a 7.3-second 0-100kmph sprint time. The model sold abroad can be specced in the Standard Range and Extended Range trims, which comprise 49.92kWh and 60.48kwh battery packs with range between 345km and 420km. Considering what the BYD Atto 3 has in its arsenal, prices are likely to start around the Rs 30 lakh ex-showroom mark.