Gets similar upgrades to its hatchback counterpart

It was only three days ago when Hyundai India launched the updated Grand i10 Nios hatchback. Now, its sedan counterpart, the facelifted Aura has also been launched at introductory prices ranging from Rs 6.30 lakh to Rs 8.87 lakh, ex-showroom. Like the hatchback, the Aura’s upgrades head in a similar direction. Before the facelift, the Aura and the Grand i10 Nios were virtually identical up front. Now, all that changes as the former gets a new two-part front grille setup. This is complemented by fang-like LED DRLs. Aside from this and the new Starry Night body shade, the Aura looks largely unchanged from before.

The more visible changes are all inside even though on a visual standpoint it is different upholstery colours. The upgrades include cruise control, a new 3.5-inch MID display, footwell lighting, a Type-C USB charging port and automatic headlamps. It continues to  retain bits like an eight-inch touchscreen infotainment system with Android Auto and Apple Carplay, a wireless phone charger and voice recognition.

On the safety front, for the first time four airbags are standard with additional curtain airbags as an optional kit for the top-spec variants. In addition, ESC, HAC, ESC, hill start assist, tyre pressure monitoring system (TPMS) and ISOFIX child-seat mounts have been added to the mix.

The 1.2-litre naturally aspirated five-speed manual / AMT petrol engine that delivers 83PS and 113.8Nm or a 1.2-litre four-cylinder naturally aspirated CNG-petrol variant that delivers 83PS and 113.8Nm continues to power the Aura. Like the Grand i10 Nios, the 100PS/172Nm 1-litre turbo-petrol engine has been discontinued here as well. 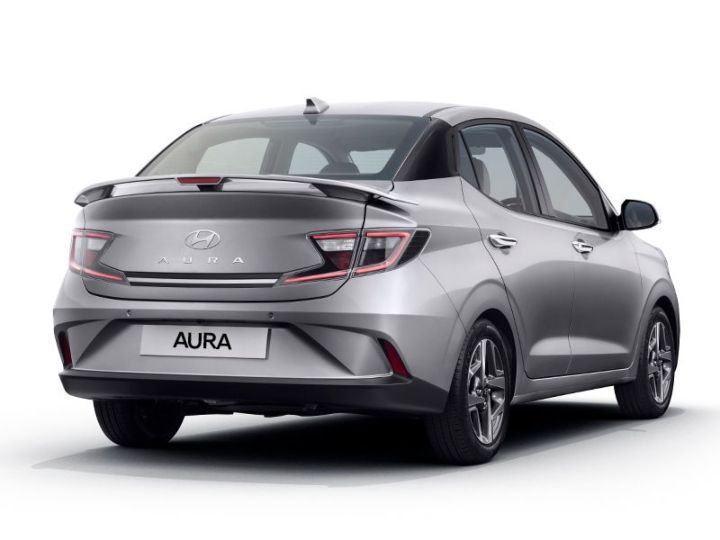 The updated Hyundai Aura compact sedan rekindles its rivalry against the likes of the Maruti Suzuki Dzire, Honda Amaze and Tata Tigor.